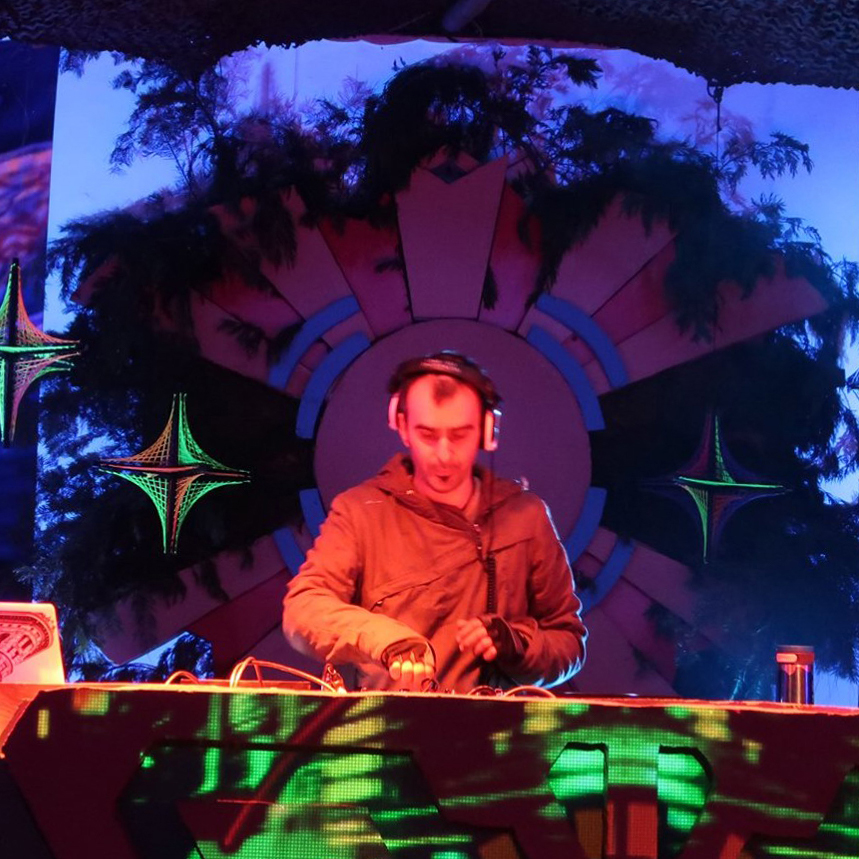 Once upon a time in the far northwestern part of Russia, a cosmic spiritual essence incarnated in a human form known as Xipil. At an early age, he fell in love with electronic sounds which later progressed into a passion for techno music. Subsequently, his life’s path led him to the U.S., where he was introduced to the psytrance which immediately made him addicted to constantly exploring this magical style of music. He moved to California and started playing Psytrance and Psychill at parties and festivals and soon was recognized by Red Marines Festival production and Shaman Electro Records for the musical range and style of his DJ sets. The spectrum of his music passion could be described as a sonic code of alien lifeforms that tune you to a higher state of consciousness and take on a cosmic psychedelic journey.