Many people have questions concerning the interaction between cannabis and spiritual practice. To begin with, the use of cannabis in yoga and mediation is controversial. My position is not based so much on textual quotations, but on my own observed inner experience. Nonetheless, the most ancient text of Hinduism, the Rig Veda, speaks of the […]

When Is Your Cannabis in Season? Factors That Influence Growing, Harvest, and Availability

by Caitlin Podiak June 6, 2016 from Leafly.com Cannabis is an annual plant that flowers from late summer into fall. The natural growing season begins when farmers plant seeds every spring; these seedlings quickly develop branches and leaves over the next few months, becoming taller and bushier until longer nights after the summer solstice trigger […]

Getting to Know the ICFA

by Erica Edwards June 27, 2017 from Certified Dank The International Cannabis Farmers Association’s farm tours and community gathering in early June provided a wonderful reminder that six degrees of separation are more like two degrees in the Emerald Triangle. While Northern California’s cannabis community may appear large and widely dispersed, it is in fact […] 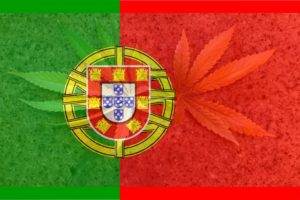